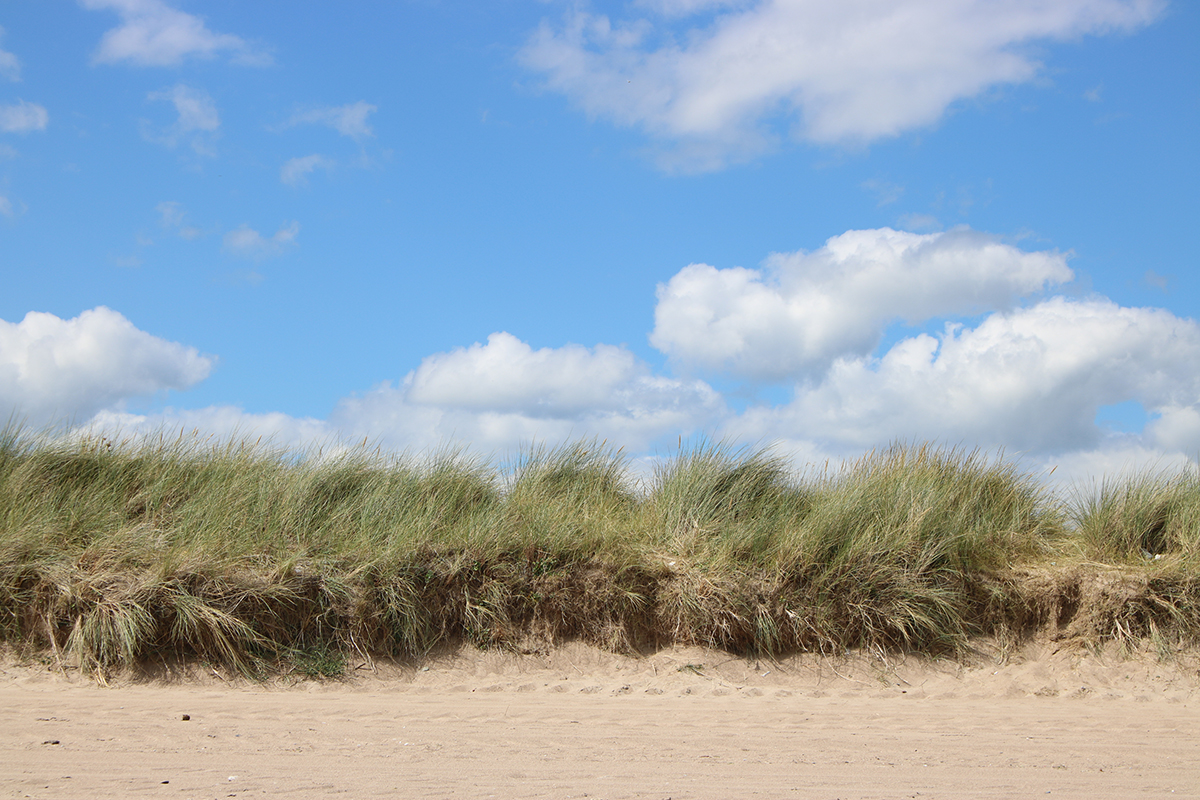 Land life caught up with us pretty quickly after arriving in Cork. We spent a day thoroughly cleaning and reorganising the boat, had long hot showers, Thomas got a haircut, we enjoyed eating out and found the best spot in the city for hot chocolate (and wifi). 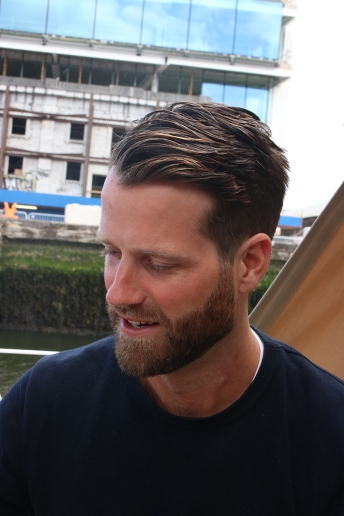 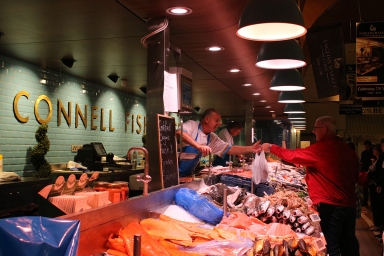 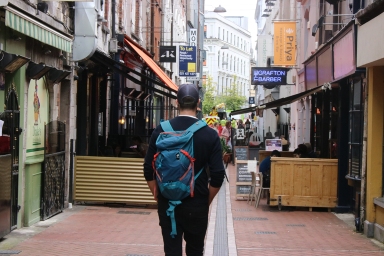 Martijn and Ben left us and then it was just the two of us again..! With the weight of the Atlantic crossing lifted off our shoulders, we really enjoyed our last weeks on the boat. But we also really looked forward to living on land again, everything tends to get so complicated when you’re living on a boat.. 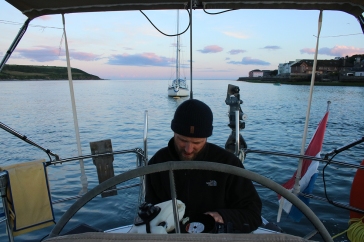 Thomas servicing the outboard during an idyllic sunset 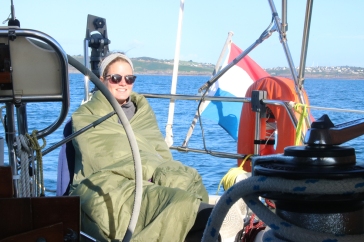 For example, we planned to go for a little hike when we were in Youghal. We found a place with free moorings, but we did have to get from the boat to the quay ourselves. So our dinghy had to be put back in the water again. To do that, we had to find the pump (which was in the bottom of the cockpit locker). When we found the pump, we had to search for the right connector from the pump to the dinghy, which we took off to inflate the fenders. After a long search we found it (for some reason) between a monopoly game and our spare polaroids. While Thomas finally pumped up the dinghy, I already went ahead and took out our hiking shoes. I am proud to say that I remembered where we stowed them, although we last used them in Guadeloupe. When they appeared from under the bed, they had gone mouldy! So I had to clean the mould off them first – a quick google search advised vinegar. Half a day later, we were ready to go hiking! 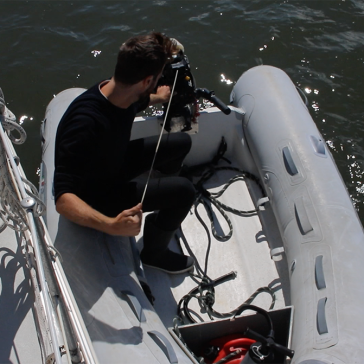 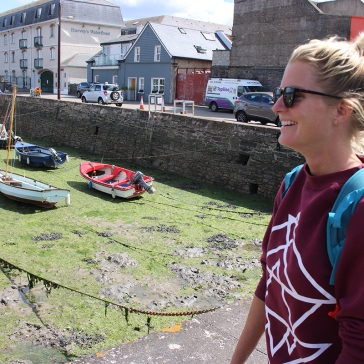 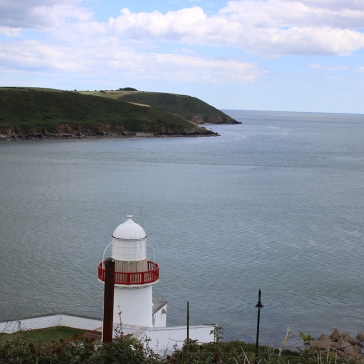 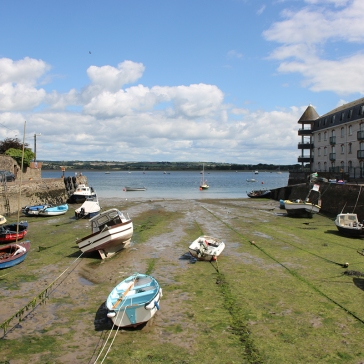 Another example, when we put the boat in a marina for a week for the wedding and to hide from some bad weather. We found the cheapest marina/boat yard around and used our time to get started on our first architectural project. We had to find internet and an electricity outlet, which took a long tour along many, many bars and cafés. The problem isn’t finding power or internet, but finding a place where both are combined is pretty difficult. Once we found that and downloaded the necessary files (which also took a loooong time) we worked on the boat for a couple of days: Thomas on the saloon table and I took the navigation table. As you can imagine, things were a little cramped and we will be very happy once we can work in a normal office! 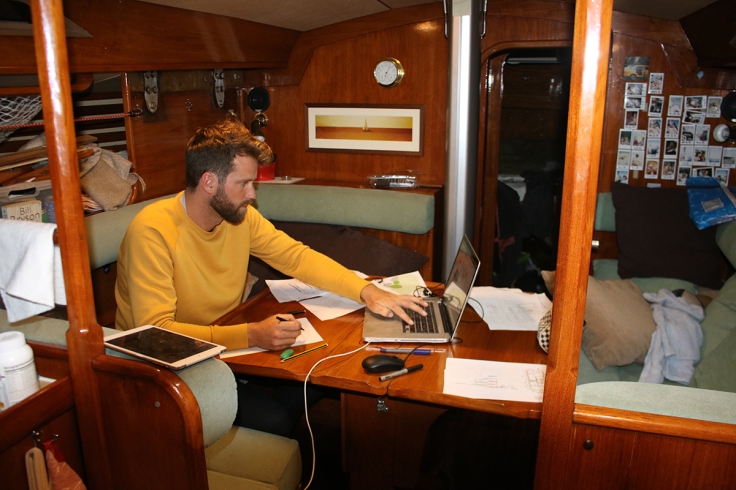 A couple of days after we arrived to Cork, we welcomed our friends onboard Matenka after their Atlantic crossing. They had run out of tobacco and almost diesel.. Needless to say, they were happy to be back on land! 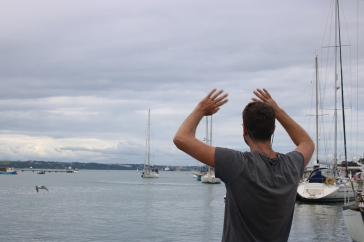 The reason we made landfall in Ireland was a wedding we were attending in Dublin mid August. We originally planned to sail to Dublin, which is 150 NM north of Cork. But its quite a detour, weather got bad and we didn’t feel like sailing just yet. So we left Scehawk in the cheap marina and opted for the 4,5 hour bus ride north.

Dublin was great, we enjoyed sleeping in a ‘real bed’ for the first time in almost a year. But the real highlight was of course the wedding, congrats Mr & Mrs Heller! 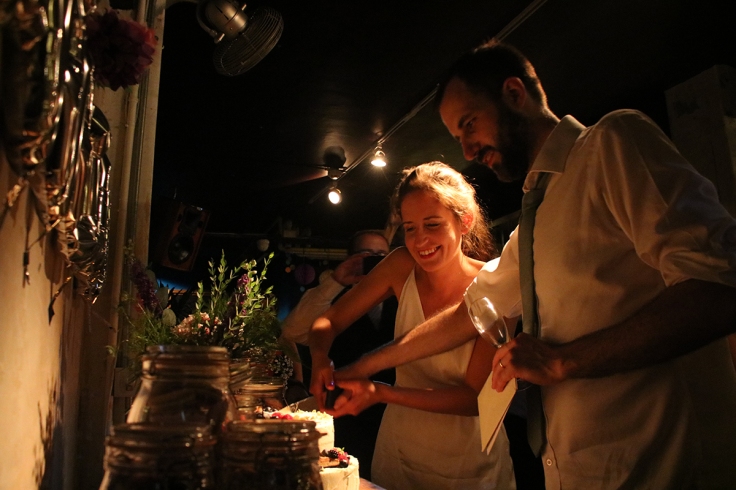